If complete wetting can be achieved, then physical adsorption of the resin to the energetic surface will provide a bond strength higher than the cohesive strength of the organic resin.

quality Fluorosilane coupling agent from China Treated inorganic surfaces may preferentially absorb one of the complexing agents in the resin, possibly resulting in a flexible resin layer that is much thicker than the multimolecular layer of the coupling agent between the polymer and the filler . This layer is called the deformable layer. 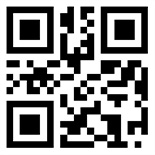